We left Hermann, MO and drove backroads down to the Lake of the Ozarks and specifically to Camdenton, Missouri.  I had seen pictures of a castle ruins that are now in a state park.  The park is called Ha Ha Tonka State Park which means "laughing waters".  There are a lot of interesting and beautiful natural features in the park and many trails to hike.  There is a short half mile up-hill trail to the castle from the parking lot. The Castle was built in the early 1900's by a wealthy Kansas City businessman.  Unfortunately, he was killed the year after construction began in one of the first automobile accidents in Missouri.  His sons finished building it in 1922, however it wasn't as elaborate.  Eventually the property was leased for a hotel and in 1942 sparks from a chimney ignited the roof.  The fire gutted the castle and the carriage house.  In 1976 vandals burned the water tower.  The ruins are massive and give an idea of how lavish the house was originally.  It has a stunning view from the top of a bluff over the Lake of the Ozarks. 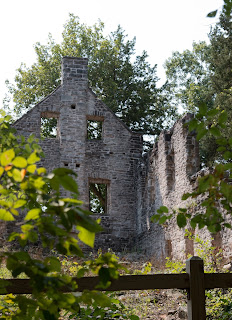 remnants of the carriage house 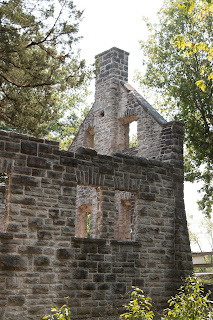 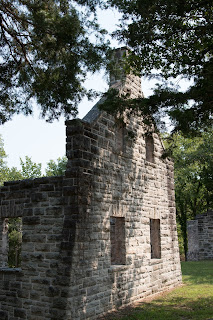 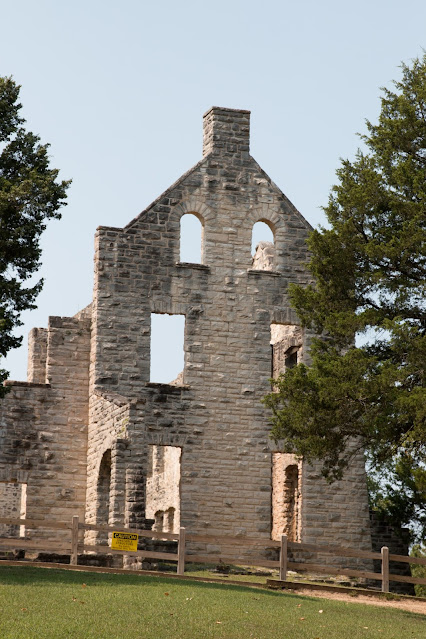 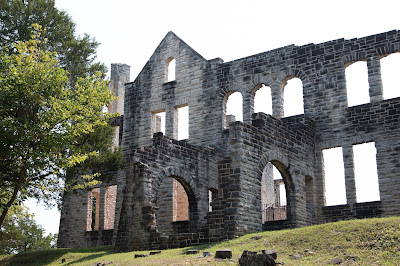 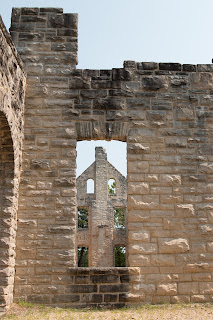 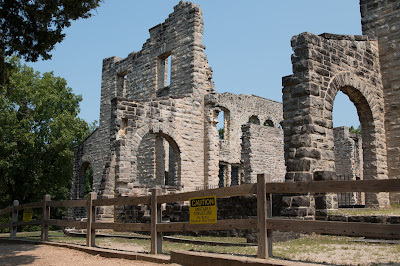 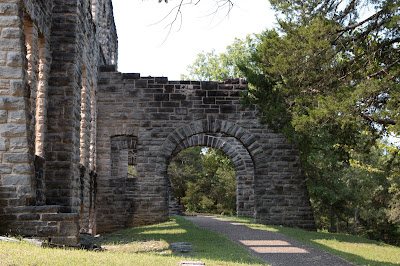 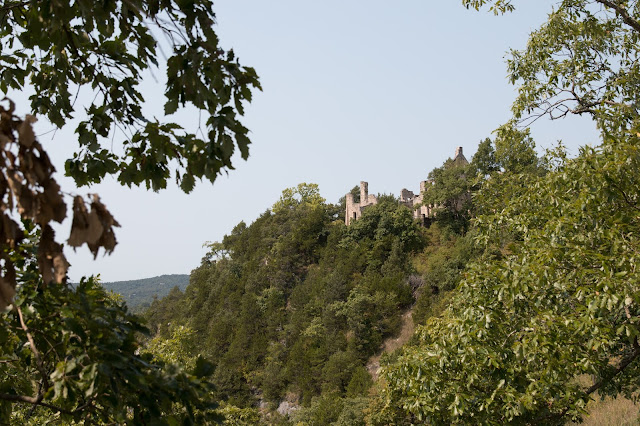 overlooking the lake from the bluff 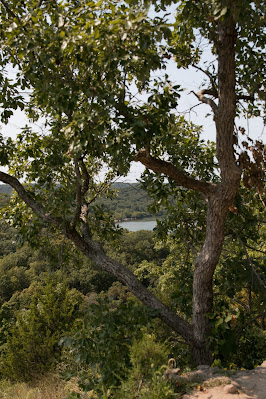 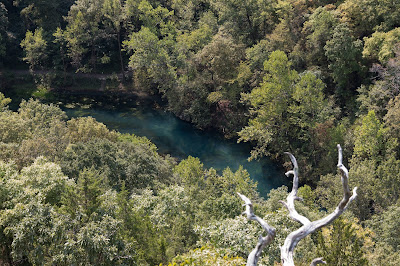 A natural spring that pumps 48 million gallons of water daily into the lake. 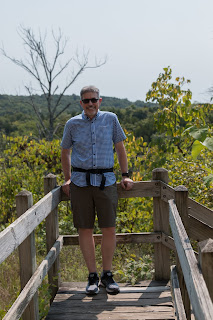 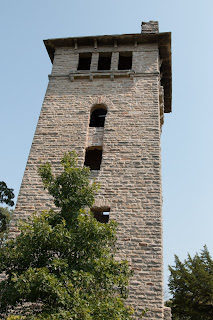 The water tower was stabilized and a roof added back on after the vandalism in the 70's. The caretaker of the property lived in it with his family before the castle was burned. 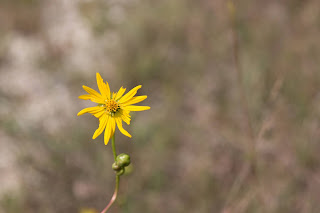 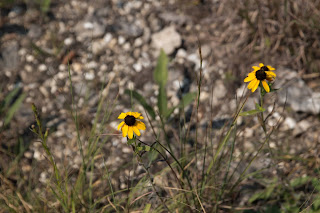 There are many wildflowers blooming in the park. 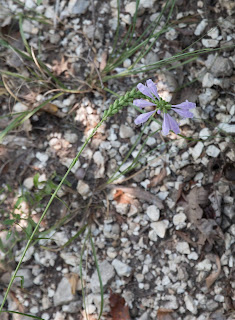 The park boasts one of Missouri's best oak woodlands with almost 3,000 acres preserved. 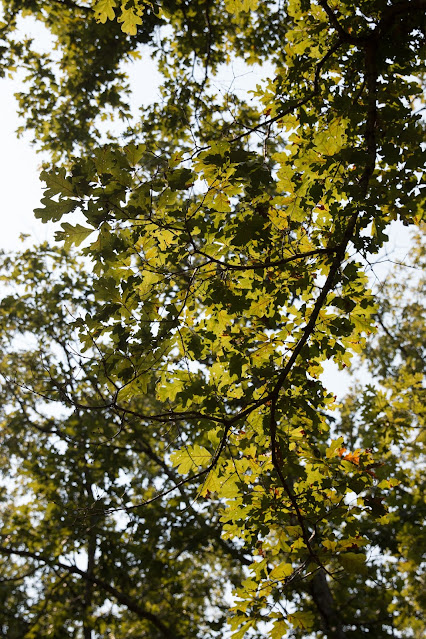 Next time we will go more prepared to hike.
For more information on this beautiful state park go to
https://mostateparks.com/park/ha-ha-tonka-state-park

Thanks so much for stopping by for a visit. Please say hello while you are here. It would be so wonderful to meet you.

If you'd like to use one of my photos please give me the credit and link back. Thanks!